Why is a 13 year old protesting in order to go TO school?

To many of you reading this, you know either because you know Henry or our family, but there are many of you do not know us personally, but have faced almost identical roadblocks.

Here’s a little bit of the history: 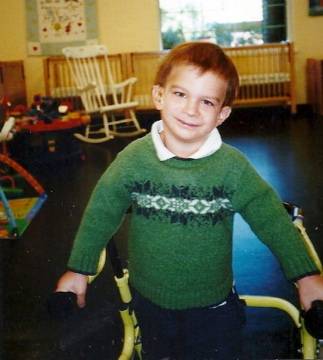 In 2004 we tried to enroll then five year old Henry at Roosevelt Elementary School. His big sisters attended there, as did most of the kids in the neighborhood. The principal and the IEP team told us that Henry would be in a self-contained class. Even though all we wanted then, and now, was for Henry to be included with his typically developing, same age peers and access to the general curriculum. Henry was never allowed to try the gen ed classroom, not even for a day.

So, H attended a school in another neighborhood  in a classes  for a year, while my friend K and I (along with 3 other amazing women) helped start a charter elementary school. Our family and friends are all on the original charter application’s Board and Advisory Board. We collected over 300 letters of community support and were granted the charter. The school was called Hope Preparatory Academy and is now Pepin Elementary.

We poured our hearts and souls into this school. Our friends and family poured their hearts and souls into this school. We entrusted the school with educating Henry. We raised funds for a playground, library, Smartboards, furniture, iPads, rock climbing walls, we painted the classrooms. We hosted fundraisers for 5 years and volunteered endless hours, all to help create a place where Henry and other students were welcomed and educated.

We spent countless volunteer hours away from our own kids to help create a space where Henry and other students would be challenged, educated, nurtured and treated with dignity and respect.

When Henry’s father, Matt,  passed away in October of 2008, the memorial donations went to Hope Preparatory Academy. The donations provided more smartboards and computers for the school.

I only mention all this because many people say “try and have a close relationship with the school, work together”. We did. We tried very, very hard. I served on the board of Pepin Academies for over three years. When the school said they could not afford to buy an AAC device that was recommended by the districts ACAT team for Henry, we never questioned it. We didn’t know they were obligated to do so, because we assumed if they were obligated, they would have.

Because of our relationship with the school and its’ directors, we assumed that everything being done was in Henry’s best interest.

From August 2005 until May 2012, Henry was enrolled at Hope Preparatory Academy/Pepin Elementary. Henry had many loving and caring teachers while he was there. But, due to a number of issues related to Henry’s education at the school and his being able to actually access the curriculum (not having an FM system that worked with Henry’s hearing aid, not having proper access to his AAC device) and extended therapy/medical issues causing him to be absent from school, we decided that it would be best for Henry to be home schooled while we worked on trying to make up the work he’d missed while there to prepare him for the general education classroom.

Henry decided in the summer of 2011 that he wanted to be included ( thanks Wretches & Jabberers and Summer Institute) Last February one of our neighbors started giving us the classwork that the 5th graders at Gorrie (the elementary school in our neighborhood) were doing. At the end of the of the year they gave us everything- every report, test, every peice of homework.  Henry has worked through all of the school work his general education peers did last year. In fact , the Martin Luther King worksheet Henry typed about was our neighbor’s worksheet from Gorrie.

Last May, we approached Hillsborough County School District about Henry attending Wilson, the public middle school across the street from our home. We were nervous about this for a couple of reasons. One, HCSD has segregated schools and classrooms, and when I approached the neighborhood elementary school about inclusion the year before, it did not seem likely.

After talking with many of  the parents in our neighborhood, we decided it was best to start at the top. We wrote a letter to the superintendent explaining the issues we had with Pepin and why it was important that Henry have the opportunity to attend Wilson. We offered to pay for an aide, as we’d done at Pepin, whatever we could to make this an easy transition for everyone. We tried to enter the relationship with HCSD with the same collaborative approach that we initially had with Pepin. We wanted to work together.

Well, that did not go as planned, which is why we are where we are now.

We want to thank you for showing a very brave 13 year old that he is doing the right thing in standing up for his rights.  He is not alone. We are not alone. Education in one’s community is not a luxury or privilege, but a right, a civil and human right .