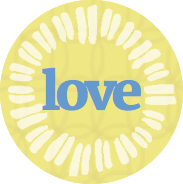 Kari Wagner-Peck ,the author of  A Typical Son blog, and twitter friend @atypicalson wrote a letter to find out why Chuck Klosterman , of the Ethicist used the r-word. Kari who is ‘like Erma Bombeck – in that I write funny about the ordinary and not so much in that I am angry, I swear a lot, and we have a kid who has Down syndrome’ wrote an eloquent, thoughtful letter to Klosterman , reached out to folks on twitter and used social media for social good. Pretty cool.  You can read the  response from Klosterman  here,It’s fabulous- CK, sincerely apologizes and donates $25,000 to a charity of Wagner-Peck’s choosing. :)

In an interview on Steed , Wagner-Peck  talks about her blog, saying the  “intention has always been for “a typical son” to have a double meaning—it is meant for somebody to read it and think, “This isn’t that different,” or “this is what my parenting looks like.” Or, “Your kid seems like my kid, how is that possible?” And I am trying to put that out there with the blog. The other piece of it is about changing perceptions of people with cognitive disabilities or intellectual challenges. The focus of the blog is “I’m just as I am,” you know, the Walt Whitman quote. Who we are as human beings is enough.