The Advantage of Autistic Difference in Visual Perception

As a child, people sometimes thought I was stubborn and resistant when I did not want to allow them into my space or to do what they wanted me to do. They did not understand the negative effect they had on me and on my surroundings, and at the time, I did not have the words to explain it.

Today I have the words and can explain. I do so in hopes that it might help others who may not yet have their own words. My experience will probably not be exactly the same as another person’s experience. However, there are often similarities in that autistics youngsters do sort out the perceptions of the world around them they gain through the information delivered by their sensory system.

My sensory system tracked environmental phenomena. One phenomenon my system tracked was the sun sparkles I could see all around me. I know today that most people do not see this level of atmospheric detail. Another phenomenon of visual atmospheric information my neurology automatically tracked was what I refer to as world tails, which was the interaction of mist particles and sunlight in the air around me. This phenomenon was typically observed during early morning or following a rain shower.

Over time I made sense out of the ever-present sun sparkles and world tails I could see all around me. I organized much information about daily routine and expectations using the predictability of the sun sparkles. For example, when the sun sparkles were pointed, tiny and colorless I knew it was time for lunch. Over time I learned to accommodate people according to the effect they had on the appearance of world tails.

I have illustrated this concept by painting how the same world tail looks in a variety of situations where different numbers of people need to be accommodated. Here is a series of three paintings that I hope will help people understand how detailed sensory information delivered by autistic neurology is often useful to the autistic.

One Person Tail depicts only me – just the one person of me – standing in the world interacting with the world’s tail. The tail is beautifully shaped and the pieces making up the tail are easy to see with clarity of shape, arc and color. 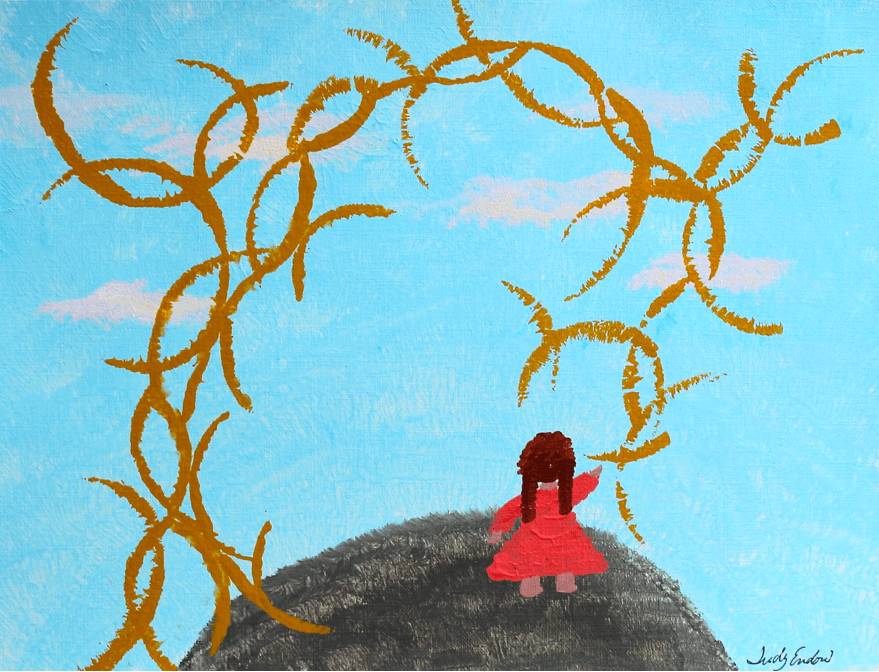 One Person Tail Intrusion illustrates the effect on the tail when I acknowledged the presence one other person. Initially, I did not interact with this person, but merely acknowledged his presence by briefly glancing his way and then shared the space with him. While the general shape of the tail is still pleasant to look at you can see the clarity of the individual pieces has faded. Instead of one clear consistent color it has turned into three colors. Additionally, each piece is fuzzier in quality. Some days I could handle this negative impact on my visual tail and other days I couldn’t. 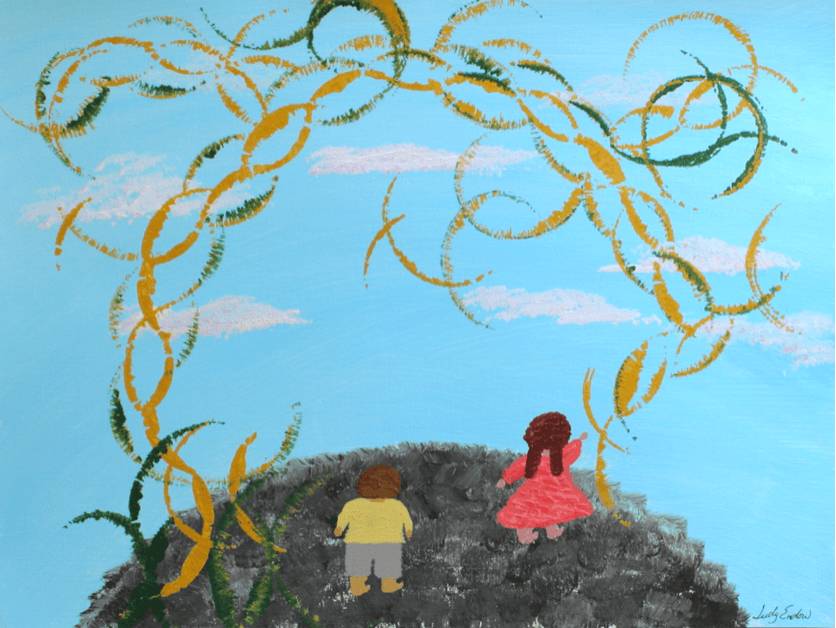 Two Person Tail Intrusion illustrates what happens when two other persons are acknowledged and allowed in my space. The top of the tail flattens as if there is not room enough for the tail to stretch out to form its beautiful shape. The entire environment appears washed out to me. Whenever people need to take up the space and attention this happens. The colors of the tail shift to much less pleasant combinations of color that are bold and clash rather than harmonizing with one another. In addition, each piece making up the tail appears smudged and quite fuzzy. The beauty of the world’s tail is lost to me when more than one person intrudes on my space. 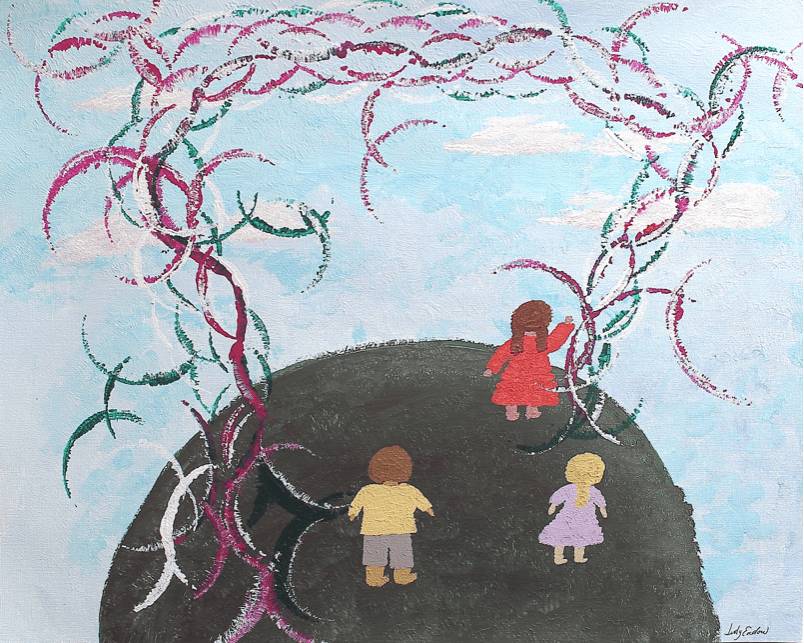 Because I have learned the predictability, sameness and routine of the tails and used this as my anchor to make sense of the world, I could not allow the presence of too many people when I was a young child. When many people were forced on me the world became filled with confusion, chaos and change because I lost the tails that grounded me. When the tails were lost so was my stability. It became quite scary. Sometimes I reacted. Others called it “acting out.”

My intent was not to be stubborn and resistant, even though I understand my behavior probably did look that way. My intent was to preserve the tails due to their accomplished function of predictability, sameness and routine on me. I needed this order in my world to enable me to participate and engage. Initially I could engage with one person at a time as that was not too disruptive. It took several years before I could engage with more than one person at a time and learn to become part of a small group.

Today the world tails I can readily see (even though I now know most others do not see this level of detail) operate in the very same way. It is one reason I need much alone time. It restores me to see beautiful fully arched tails with clarity of particle brightness. I also know not to talk about this, except for the purpose of writing, because I have found people think I am hallucinating when I describe the sun sparkles or the world tails I can see. I was even once medicated for these supposed “hallucinations.” Hopefully, my written words are helpful to others towards encouraging understanding of autistic visual detail perception rather than the medicating of a non-existent, but assumed to be, psychiatric symptom.