Kerima Cevik is a parent activist for Autism and Social Justice . Her passion and commitment are evident in all that she does to promote acceptance, inclusion and accommodations for all people.

Kerima says it far better than I can on her blog The Autism Wars, ” My purpose in all forms of advocacy is to stand by my son’s neurodiverse people and work with them to improve my son’s quality of life by improving the lives of everyone in the Autism community.”

Her piece Until the Murders End is a painful and necessary reminder to remember the beautiful souls that have been murdered simply because they are disabled.

She is a member of the Autism Women’s Network Committee on Autism and Ethnicity. Her article on  intersectionality on AWN can be found here.

Çevik gave written testimony before the Maryland State Assembly in support of HB269/SB540 Child With A Disability – Individualized Education Program, which became law in May of 2010 and continues working with legislators in support of Autism training for first responders. Her first effort was HB 361, a bill modeled on similar legislation presented before the Massachusetts Legislature by Autistic disability advocate Lydia Brown. HB-361 was shelved after a regulatory agreement to mandate an autism awareness program was reached instead.

What’s your favorite thing about being a parent?

Kerima Cevik: Watching the children grow into adults who are their own unique selves and not duplicates of either their father or me.

Is there anything you wish you’d known when your child was younger?

Kerima Cevik: Ha! Which child do you mean? Our daughter was our first child. I did a great deal of research on everything related to parenting. Nothing prepares you for being responsible for any aspect of the life of another human being. Whatever challenges the child has, whether apparent, as with special needs children, or invisible, as with seemingly typical children, you have to take things one breath at a time. But I do think I wish I had known that the autistic adult community, particularly non-speaking autistic adults were so willing to listen and be supportive of our son sooner.

Any advice for other families just starting out on their parenting journey?

Kerima Cevik:The problem with advice is that every neurodiverse child is unique and every family constellation is different. What may be doable for one parent may be impossible for another. And if I relate my experiences as generalized advice and some other parent does not have success applying my methods, that parent might end up bitter and feeling that either the advice was all a lie, or that they somehow failed their children. I can only say remember that regardless of what labels are placed on your children LOVE THEM and realize they will grow up and grow old. Prepare them for as much autonomy as they can handle alone. Plan their school and after school life as if they were going to leave home just like any other child who grows up. Whatever life skills they need, teach them.

Is there anything about your family that would surprise people to know?

Kerima Cevik: Laughing! If you saw a picture of my entire family you’d understand. A great deal about my family would surprise people. We are extremely diverse. So I think that may be a whole other topic. We are the textbook definition of intersectioinality.  And well, my family is too long a story for this interview.

What’s one misconception you want to change?

Kerima Cevik: That autistic nonspeaking people can’t think because they don’t use verbal speech to communicate.  I dislike the notion that anyone different is less. That is the mountain of hate we in the disability rights advocacy community are trying to move.

What would you like to see more of on Ollibean?

Kerima Cevik:I actually like that Ollibean can and does have any person of any age featured at any time. We tend to forget autistic people, barring other health concerns, will live a natural lifespan. So it is good that Ollibean reminds people of that. I would like to see Ollibean published in Spanish as well as non-traditionally translated dialects like Amharic, Korean, Chinese, Hebrew, Turkish, well you get the picture. I would like to see increased cultural diversity in the people interviewed.  I like to see focus on tween and early teen kids, because that is the age when children are beginning to look more adult and yet are not considered teens. With all the focus of Autism organizations on early intervention or adult services, at times no one emphasizes this very critical age group that knows they are different. It is a really rollercoaster time for a young person and for loved ones caring for them. 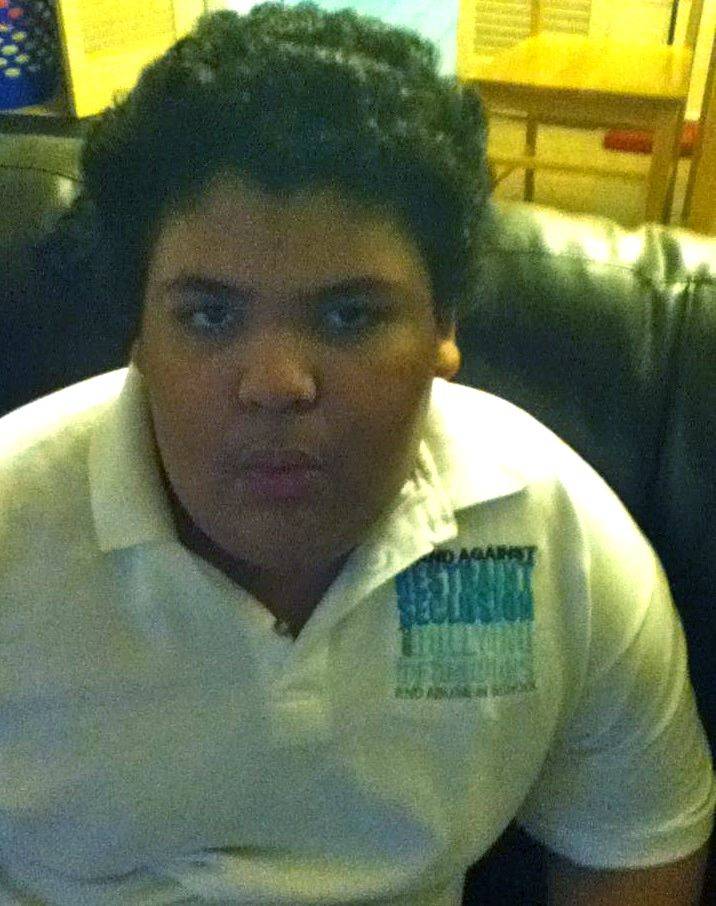 Kerima Cevik:My son’s approach to his own challenges and his way of living his life touches me deeply. He does not simply exist. He knows himself as he is, therefore does not understand why he is should feel bad about being himself. He isn’t just content. When he is happy, it is full on megawatt joy that drives those around him to reexamine their own unhappiness. My daughter is a tremendous woman and I’m damn proud of her. My husband is with me on this autism in wonderland adventure and he says you can do it when I say I’m exhausted. They help me find inspiration when I’m all out of it. I find there are certain human beings that have a spark of selflessness in them that inspires me too. They do the right things for the right reasons. They have no expectation of gain. That is greatness to me.

Kerima Cevik: LOL! I have not had a vacation in a very long time! I spent a great deal of my life travelling and working and helping where I travelled. Vacations are more about who you are with and experiencing a place with others than where you go; but if you want to know my favorite place to be it is on the Black Sea.

If you could change one thing about your or your child’s school, what would it be?

Kerima Cevik:Oh ho! My son is home schooled! Homeschooling is something I do because his schools failed him. That should change. I should feel he is safe, thoroughly educated, and included in his school. We are working on changing attitudes. In the meantime, I will have to ask him if he is satisfied with his present teacher, me!

What’s something you’ve done you didn’t think was possible?

Kerima Cevik: I kept my infant son alive after I was told we would both die. We survived.  We made it to 34 weeks, and he was the biggest preemie in the NICU. The last conscious thought I had was  “he made it, whatever happens now its all good”. And he and I are both still here.

Kerima is most definitely a Change Leader and answers our Ollibean Questionnaire. 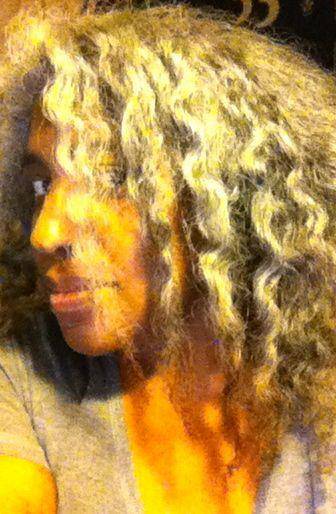 What you do and why?

Kerima Cevik:I don’t like talking about what I do because so many others do it without fanfare, with no expectation of recognition for it. They do it because it is the right thing to do. Sometimes they stand for what is right alone. Let us say I am a professionally trained pay it forward activist. But my primary job is teaching and raising my autistic son.

What does inclusion mean to you?

Kerima Cevik: Equal access, level playing field, dignity, respect for my son and all his community. No separate classrooms separate doors or isolation from others. See I’m a woman of color. When I began my education you could still see the Colored Only bathrooms in the Deep South. If you put my son in one room and say he is not good enough to be where the law says he should be, with his peers, then red flags of segregation fly up at me. Many parents of color feel the wrongness of it organically, but they have been convinced that their neurodiverse children are not good enough for their neighborhood school and that their children are a distraction or threat to typical children in some way. The different operating system in their child’s brain throws them off, particularly when maladaptive behaviors are in the mix. It leaves them feeling guilty, helpless, afraid their kids will come to harm, and they listen to anyone, even if their gut tells them the advice is unjust. I am an advocate of Universal Design for Learning. I think my son can be with his peers in age as well as ability and everyone can benefit.

What is your idea of perfect happiness?

Kerima Cevik: Happiness is not so much a concept that has degrees to me as it is something that just is. Each moment it is a welcome family friend in our house. Happiness wouldn’t be appreciated without the challenges to joy in life. This makes happiness that much sweeter. When happiness stops by we try to have it stay as long as possible without quantifying it, and that makes it percolate our lives like a good pot of coffee. 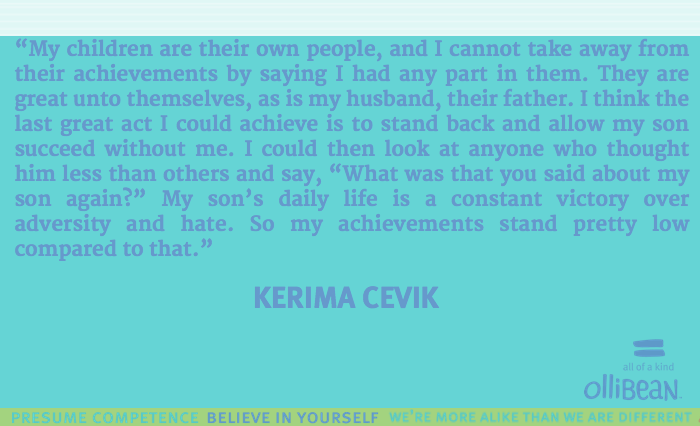 What do you consider your greatest achievement?

Kerima Cevik: I have an allergy to this question. But if I have to answer it, I would say my greatest achievements occur each time I am able to serve the greater good and help others without them ever knowing I was the vehicle through which they saw relief.  My children are their own people, and I cannot take away from their achievements by saying I had any part in them. They are great unto themselves, as is my husband, their father. I think the last great act I could achieve is to stand back and allow my son succeed without me. I could then look at anyone who thought him less than others and say, “What was that you said about my son again?” My son’s daily life is a constant victory over adversity and hate. So my achievements stand pretty low compared to that.

What do you value most in your friends?

What change would you like to see in your lifetime?

Kerima Cevik: I would like to see the world produce an “ableism stopper”. I’ll explain what I mean.  There was a basketball player at Patterson High in Baltimore, Aquille Carr. His nickname was “crime stopper”, because he was so good that all of East Baltimore would stop whatever they were doing to watch him play. Police eventually realized that no one committed a crime during his games. Change is as simple as one human being so outstanding that their doing what they do best can stop crime in a crime-ridden city for a few moments in time. I believe one person in the right place and time can be a catalyst for great change. If we all woke up tomorrow and some breakthrough in autism research gave non-speakers much better communication technology, that allowed complete expression of thought independently or some similarly amazing event happened in the community, ableism would still be there. So that is what needs to change in my lifetime.

What’s your most marked characteristic?

Kerima Cevik:What would be the surprise in meeting me if you knew that?

Do you have a favorite quote?

Kerima Cevik:”One can never consent to creep when one feels an impulse to soar.” Helen Keller