Mental Health Therapy and the Autistic Client: The Autistic Operating System, Part One

The Autistic Operating System, Part One

Mental health diagnosis and treatment has evolved over time according to what makes sense and what works for most people. We have an increasing body of research around mental health issues that informs us today. However, when it comes to autistic people we do not have a body of research that informs us about diagnosis and treatment of mental health disorders. Autistic people are not like most people. This means we need to understand the underlying autism neurology along with its impacts in the realm of diagnosing and treating mental health disorders in clients also diagnosed with Autism Spectrum Disorder (ASD).

Autism is an Operating System

As a clinician it is important to understand that autism is much more than a diagnosis. Autism is a way of being. It is like being blind in that we cannot separate the blindness from the person, but the blindness – or in this case, the autism – defines the person. As an autistic I see, experience, interact with and give back to the world as an autistic.

Autism is my operating system. It defines me.

Medically and diagnostically speaking, anything not typical is atypical. This is most of the time helpful, but when it comes to autism it has not proven to be very helpful. Most of the times in the medical field when atypical can be changed into typical this is a good thing so that is the goal whenever feasible. Thus, for years we have tried to change autistic people (whom we assumed to be atypical) into typical people by trying to make them behave like typical people. In the process we have learned that we cannot change the operating system. 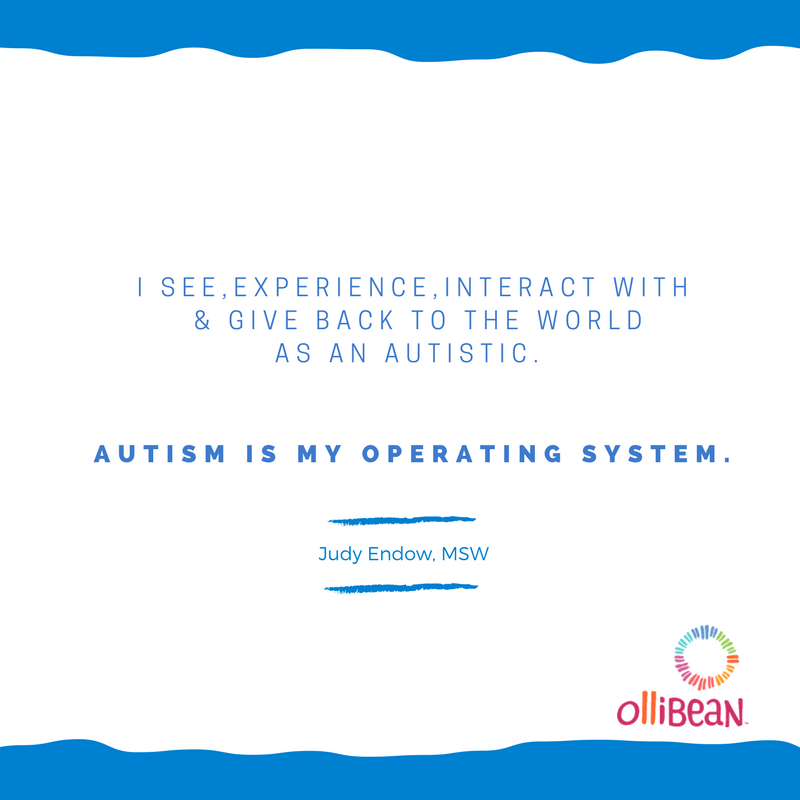 When Clinicians Don’t See the Autism

Today, autistic people, just like the population at large, find their way to therapy when symptoms of depression, anxiety, OCD and other diagnoses become problematic to them in their daily lives.

As clinicians we need to understand the autistic operating system – in other words, to see the autism – if we are to be helpful to our autistic clients. When we do not have a strong grasp on this the results are that our clients are not served well. Clinicians without a good understanding of autism generally sort things out in one of two ways:

When a client has been previously diagnosed with ASD it is common for mental health clinicians to attribute all psychiatric symptomatology to the autism, which often results in autistics not being diagnosed or treated for comorbid mental illnesses when warranted.

Another example is our clients who have multiple psychiatric diagnoses for which none of the typical treatments have been effective in lessening symptoms. These clients’ symptoms are sometimes better known as autism, but because the autism hasn’t been recognized we miss the boat in rendering effective treatment.

When clinicians do not have a good understanding of the autistic operating system they tend to lean toward one of the two above examples, neither one being helpful in supporting therapeutic progress of autistic clients. The Autistic Operating System, Part Two will delve further into this topic. Stay tuned in this is an area of interest.