“The Story of Luke” Brings Autism to the Big Screen

Now in theaters,  “The Story of Luke” is an exploration of the natural desire among many young adults with developmental disabilities to become more independent as they grow up.

Starring Lou Taylor Pucci as 25-year-old Luke, the movie focuses on the young autistic man’s struggle to adjust to a drastically changed life after his grandmother (his primary caregiver) dies. Luke’s decision that he wants to find a job and a girlfriend, and his quest to do so,  is based on observations that writer/director Alonso Mayo made of students in a school for students with developmental disabilities that his mother ran in Peru. He told Disability Scoop that he saw these students wanting the same things as their non-disabled peers as they grew into young adults, that they had the same issues around relationships as everyone else.

His great care to write and have all the film’s characters (Luke especially) portrayed as authentically and respectfully as possible, avoiding caricature, have earned Mayo kudos from parents of autistic youth.

People with disabilities are the experts on their own experience. We really need to remember that, and to remember the importance of making them central in these representations of their stories – at all stages of the project’s development.

However, Mayo’s film has won over fifteen awards at film festivals, and I will certainly be giving it a view. See http://www.thestoryofluke.com for upcoming screenings and information on viewing “The Story of Luke” online. You can also request a screening in your local movie theater on the film’s website. 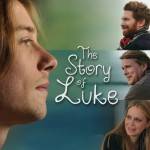