The Need to Reassess the Sheltered Workshop 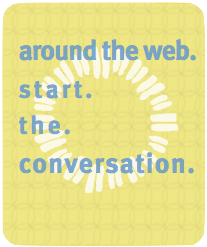 An emerging story in Rhode Island is raising discussion about sheltered workshop environments for people with intellectual disabilities and the culture of discrimination that they create.

The most recent story that’s brought these issues to the public’s attention revolves around a a school for students with disabilities, the Harold H. Birch Vocational School, which is housed within the Mt. Pleasant High School in Providence, Rhode Island. A Justice Department report found that not only was the sheltered workshop in operation at Harold H. Birch school segregating students with intellectual disabilities from the Mt. Pleasant students, despite requests from the students involved for work placements that were more integrated, but that students who were paid by the school for their work only received between $0.50 and $2  an hour. Harold H. Birch students sometimes allegedly worked up to full school days, or even weekends, according to testimony of former students. It’s difficult to know how much the students worked, as the school didn’t keep records of their hours. Read more here

It’s important to clarify on the first point that, in the context of Harold H. Birch School especially, the crime isn’t the type of work that the sheltered work arrangement had the students doing. It’s the assumption that they’d *only* enjoy that type of work that’s problematic, because (according to the Justice Report) it kept the school from offering the students other types of work placements. It’s fine for an individual to enjoy the repetitive tasks that constitute most sheltered workshop work, like assembly work. It’s not fine for a school or community agency to assume that this is all the individual likes or is capable of, and to not offer the person offer opportunities to experience other types of work based on that assumption.

It’s even less fine for a school like Harold H. Birch to funnel students with intellectual disabilities directly from the sheltered workshop at the school into community sheltered workshop programs after graduation, despite “some students’ specific requests to work and receive services in more integrated settings.” The transition planning process for students with disabilities is required by law to produce a more person-centred school-to-work plan than this.  Read more here

All this disturbs me. However, what disturbs me more is that the school was warned that in 2011 that there were “potential problems” at Birch, according to the Justice Department report, but Mayor Angel Taveras and Superintendent of Education Susan Lusi say that they did not know about that. Taveras says he was unaware that there was a sheltered workshop in the school until January 2013. Read more here

Why did the higher-ups in Providence not know? Why did the people who did know not tell them? The fact that a sheltered workshop was operating on a school site put the city and the State in direct violation of the Americans with Disabilities Act, but no one seemed to care until the Justice Department stepped in.

And *then* people moved.  Principal Larry Roberti was put on leave, and the sheltered workshop program within the school was closed. In April, after the Justice Department briefed the City of Providence’s legal counsel on its findings, the school board was to vote on firing Roberti. However, on the day that the vote was to take place,  more than 20 elected officials, parents, and students showed up to go to bat for Roberti. They spoke of him in glowing terms. No one talked about the Justice Department’s report, and Providence Mayor Angel Taveras speculated that supporters may not have not known about its findings .In the end, two of the five board members who had showed up voted to fire him, and the other three abstained. Read more here

Why was the Justice Department report not mentioned at that meeting? Don’t parents have a right to know about matters that not only directly affect the education of their children, but also their options once they graduate?

Did they know and just not care enough to hold Roberti responsible?

Who’s going to speak for the students with disabilities whose education didn’t prepare them for a job and a fulfilling future, because they graduated before the Justice Report prodded the town of Providence into action?

We’re supposed to be making the world a better place for people with disabilities. It’d be nice if we could get to a place where we do it because it’s the right thing to do, and not because the government mandates it.