Musings of An Autism Outsider: Realizing How Much I Didn’t Know 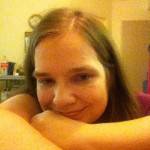 I’ve worked with disabled people in a volunteer/paid capacity for over twenty years now. Some of them have been Autistic (mostly Autistic and intellectually disabled). As part of the work I did in social services, I had some training about autism and the best ways to support Autistic people to meet their goals.

But it wasn’t until writing about disabilities brought me in contact with Autistic people and their families through their writings that I realized just how limited my exposure to autism and its associated issues had actually been. I soon saw that for all of my training, I really didn’t know much about autism at all.

I felt like an outsider taking first steps into a world that I hadn’t realized existed. An autism outsider.

The most surprising of those early realizations was that the person-first language which I’d been trained to use for so many years had fallen out of favour with many Autistic self-advocates. I’d always talked about “person with autism”, the same way I talked about myself as a “person with disabilities” after the stroke that weakened my left side. I’d been taught that this way of framing disability affirmed personhood before disability, and therefore was the most respectful of disability terminologies.

It was the writing of Autistic blogger and advocate Lydia Brown that introduced me to another way of viewing person-first language and autism. “Person with autism” implies that there’s a part of an Autistic person’s life or personhood that isn’t touched by autism. A growing number of Autistic people see it differently, Brown explains in The Significance of Semantics: Person-First Language: Why It Matters:

“In the autism community, many self-advocates and their allies prefer terminology such as “Autistic,” “Autistic person,” or “Autistic individual” because we understand autism as an inherent part of an individual’s identity — the same way one refers to “Muslims,” “African-Americans,” “Lesbian/Gay/Bisexual/Transgender/Queer,” “Chinese,” “gifted,” “athletic,” or “Jewish.”

It also implies, by the separation of “personhood” and “autism”, that perhaps there’s something about autism that one wouldn’t want integrated with their “personhood”:

Brown talks extensively in her blog, Autistic Hoya, about her beliefs about why person-first language, while it may have been adopted with the best of intentions by advocates and agencies, doesn’t serve the needs of many Autistic people. Her writings on the subject led me to investigate the issue for myself, and to think about and eventually change the way that I talk and write about my own disabilities.

That research also cemented some thoughts about other new ideas about autism that I’d encountered after I realized that I was an autism outsider.

I’d never been taught, never been exposed to, the idea that people could be Autistic and content with it. Not only content, but actively fighting against the idea, and the school and social agency programs built around it, that they needed to be “treated”, or changed to become more like “normal” people.

I started to see, more so (it seemed) than with many other diagnoses, that the idea that autism spectrum disorders are a tragedy had seeped into the supports available for autistic people and their families.

I read with fascination the blogs of parents who rejected early intervention programs such as ABA, not believing that their Autistic children needed to be anything different than what they were.

I read the writings of Autistic men and women who talked articulately about why they believed being autistic was not something over which they should mourn, as society said they should, but something they should celebrate, and who showed convincingly and compellingly why society’s attitudes, not autism itself, were the problem.

I started to check my neurotypical privilege.

I still don’t have all the answers, but I’m grateful to new friends that are teaching me. I want to continue to learn.