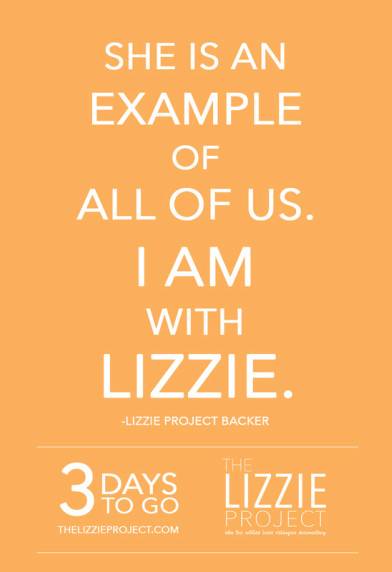 After finding a video on Youtube which called her the ugliest woman in the world, Lizzie decided she was not going to let someone who had never met her, bully her – much less, define her.

Lizzie has an extremely rare syndrome that prevents her from gaining weight, and she’s never weighed more than 68 pounds in her life. Velasquez is not interested in a possible cure for her syndrome.

“No, there is no way, I wouldn’t even consider it,” Velasquez said. “If you had asked me that question when I was 13, I’d probably have said yes. I’d be all for it, I’d do the trial, whatever. But if you ask me that now, I’ve learned and I’ve come such a long way to be able to accept who I am and own who I am that, if I changed anything about me I wouldn’t be Lizzie, I wouldn’t be true to myself.”

Bullying, both in person and online, is something that people with disabilities experience frequently, and that can be very traumatizing. Lizzie credits her family, who was determined to give her as typical an upbringing as possible, even though doctors told her parents not to expect that she’d ever to do anything for herself, with giving her the strength to decide how she was going to let this extreme bullying affect her.

See more photos of Lizzie, her supporters, and her work on Instagram at The Lizzie Project.