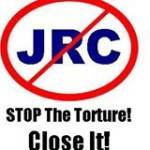 Thursday, April 24, was a day that I’d been waiting for that day for a long time. An FDA advisory panel finally got to thoroughly hear both sides of the story of what goes on at the Judge Rotenberg Center, and to deliberate, based on testimony, whether what happens to the students there needs to be stopped.

And they made the right decision. I just hope that they act on it quickly.

I found out about the Judge Rotenberg Center by accident two years ago, doing some research for another post on my blog. I came across an article about how the UN was investigating whether what was happening there was torture. I remember reading the article and thinking, “For the love of all that’s holy…these people give autistic children electrical shocks and call it “treatment?”

“Why hasn’t someone done something about this?”

Although disturbing accounts of use of four-point restraint boards, isolation, and food deprivation as discipline techniques have from former Judge Rotenberg Center students, most of the controversy around Judge Rotenberg Center revolves around the use of their Graduated Electronic Decelerators to deliver aversive shock therapy. Aversive shocks, unlike the electroshock therapy used to treat mental conditions like severe depression, are delivered to the skin. A statement from the Judge Rotenberg Center said that the two-second shock, usually delivered to the arms or legs, “feels like a hard pinch but is otherwise harmless and has no side effects.”

Former students, however, have told a different story. One former student described the shocks as feeling like “a thousand bees stinging you in the same place for a few seconds.” Another described flashbacks and nightmares that she has about the shock treatment. The report I linked to at the beginning of this section contains many more accounts of the physical and emotional trauma that the aversive shock therapy has caused.

Had he known that units at Judge Rotenberg Center weren’t FDA-approved, Miller says, he would not have used them on students, despite the treatment plans calling for their use. Lydia Brown has Miller’s letter to the FDA posted on her blog, with his permission (she suggests first reading this letter, from a former Judge Rotenberg Center student, also posted with permission.) Both letters are very difficult to read, but show the disturbing scope of what’s going on behind the walls of this “school”.

Supporters of aversive shock therapy, currently available in no other US facility but Judge Rotenberg Center, have said that it’s helped where all other treatments have failed. Parents testified about children in great distress, constantly engaging in self-injurious behaviours like headbanging and eye-gouging, how medicines weren’t working, how restraint was no longer an option. The Judge Rotenberg Center said in a statement:

“Without the treatment program at JRC, these children and adults would be condemned to lives of pain by self-inflicted mutilation, psychotropic drugs, isolation, restraint and institutionalization — or even death,”

But  I tend to agree with Margaret Nygren on this one.  The Executive Director for the American Association on Intellectual and Developmental Disabilities told CBS in an interview that studies have shown that the aversive shocks aren’t going to help in the long run. As soon as the negative reinforcement is removed, the behaviour returns.  Given everything that we know now about the intense frustration involved with not being able to communicate needs as simple as “I’m hungry” or “I’m in pain”, there’s no reason to continue a practice that, more and more, is being shown that it causes more harm than good and that doesn’t work in the long run anyway (see this article for more explanation).  As Nygren explains, we have to concentrate on getting to the root causes of behaviours, concentrate on communicating more effectively, and provide those that can’t communicate using in ways that we’ve traditionally been able to understand ways of effectively doing so.

Besides, there’s shocking students who are putting themselves and others in danger for when nothing else (apparently) works, and then there’s this:

“But the student told the FDA he received shocks “for things like noncompliance with staff direction, talking too much and being disruptive in class.”

Other former students testified that they also were shocked for minor transgressions. That’s not about keeping people safe. Cheryl McCollins, whose son Andre was shocked 31 times in the course of 7 hours, at Judge Rottenberg Center, at first for just refusing to take off his coat, said it best: “This is not about therapy. This about control, abuse and torture.”

Bottom line? Find another job if you think that giving electrical shocks in the face of “noncompliance” is acceptable, because you don’t belong in one where you have any access to children or members of other vulnerable groups.

Why Has This Been Allowed to Continue?

I clearly remember from my research methods classes that I took for my Psychology degree and the Behaviour Management classes that I took for my Developmental Services Worker certification that there are some things that you just don’t do, in the name of either, to humans (or animals, for that matter). I doubt that most ethics boards would let you get away with research involving shocking most animals, let alone humans, to see how it made them behave, not in this day and age. Judge Rotenberg Center has even admitted that they can’t test the GEDs as much as they’d like because of ethical concerns. So there are no ethical concerns with using equipment that hasn’t been tested as fully as they’d like on children and youth that, in some cases, can’t even clearly communicate how they feel about what’s being done to them? L.A. Markham discusses some of the other implications of this position in her article about the Judge Rotenberg Center.

This may have started off with the best of intentions, but it’s gotten seriously out of hand, under the watch of people who are supposed to be looking out for the best interest of the students at Judge Rotenberg Centre in particular, but also the safety and human rights of children in general, and despite the efforts of politicians like Massachusetts Governor Deval Patrick and Senators Brian Joyce and Tom Sannicandro. Even the UN has weighed in, declaring the use of the GEDs torture.  And yet, use of the GEDs still hasn’t been outright banned.

Why not? If non-disabled kids in a public school were being shocked into submission, people would (rightly) raise ten kinds of hell. You can count on it.

The only reason that I can think of for why this abuse has gone on for so long is that these are disabled kids and, and that when people hear that receiving an electrical shock is the “only way” to get a disabled child to behave, they accept it as a reality that can’t and shouldn’t be questioned. A sad reality, yes. But just the way it is, the way that people used to think that disabled people belonged in institutions because “that’s just the way it is.” And *that* idea really scares me, because it tells me that society hasn’t changed its view of developmentally disabled people all that much since those days. It’s easy to understand why Goodwill got away with paying disabled people pennies an hour to work for so long, considering that a school that purports to be devoted to the well-being of disabled children thinks that electrical shock as a behaviour management tool is acceptable.

As I said, the advisory panel made the right decision. They will recommend to the FDA that the GEDs be banned.

Let’s hope that everyone involved here does the right thing and makes it a reality.

FDA Summary of the April 24 Hearing