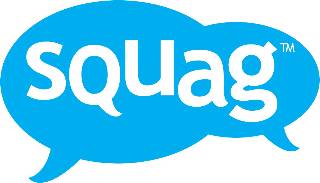 Our oldest son has always struggled during the winter months. It’s dark and cold up here in Canada and there’s a long stretch of school between the holidays and his break in April.

His self talk can be pretty negative. He’s so hard on himself, gets frustrated and often it can spiral into a lot of self-doubt and low self-confidence.

The other day as I was getting into the car after a meeting I got a text from my husband:

Usually, if I get a text like this, it means my husband is done and he needs me to be fresh when I walk in the door. More often than not, the roles are reversed (I do it to him all the time) and it’s a great trick we learned in parenting therapy at Connected Parenting.

When I walked into the kitchen, SJ was struggling with homework. His jaw was clenched and he said through his teeth:

“It’s a word that describes a noun, buddy. “ My husband explained, “It describes a thing. A person, a place or a…”

“NOOOOOOO! NO it’s NOT! It IS the thing!!!! This is asking for an adjective and I’m asking you to tell me what it is! You’re WRONG dad!!! You’re NOT LISTENING.”

My Husband is awesome. He’s a great dad. He’s calm, and engaged, and super patient. But he was getting nowhere. And SJ’s anxiety was rising.

Suddenly I remembered an article that Anabelle Listic wrote for our blog last week. In it, she described how using sticky notes with positive messages around the house really helped to get her through the winter blues .

I know that nonverbal language is almost always really successful in moments of stress; I learned this while I was studying and practicing RDI with my nephew.

I also learned (much to my own dismay) that often, despite the best intentions, the mere sound of my voice at such times was almost always a trigger for my nephew and also for my own son.

I said nothing but took out a sharpie and a stack of stickies and started writing:

I stuck them on to his arm, chest, homework, and hand.

“Mooooooommmmmm!!!!!” My son screeched. “What are you doing?”

I paused, waited for connection and when I could see he was invested in the answer, I spoke as few words as possible:

“These are adjectives. They describe you.”

As punctuation, I stuck a fifth one, “handsome” right to his forehead.

Then I wrote the word “stinky” and slapped it on his dad.

Then he started writing his own.

“Can I have these?” he asked

He began to write adjectives, mostly on the “stinky” train of thought. More giggling. His anxiety began to dissolve. Soon he was back at his homework.

Thank-you Anabelle. I forgot how simple things can be somethimes. I know you’re not a parent yet, but one day, you will make a great one.

This article was originally published on Squag.com one of our favorite spots on the internets.

Sara Winter is a mom of two boys , a former classroom aide to kids on the autism spectrum, and the founder of Squag.com.

About the Author: Sara Winter of Squag