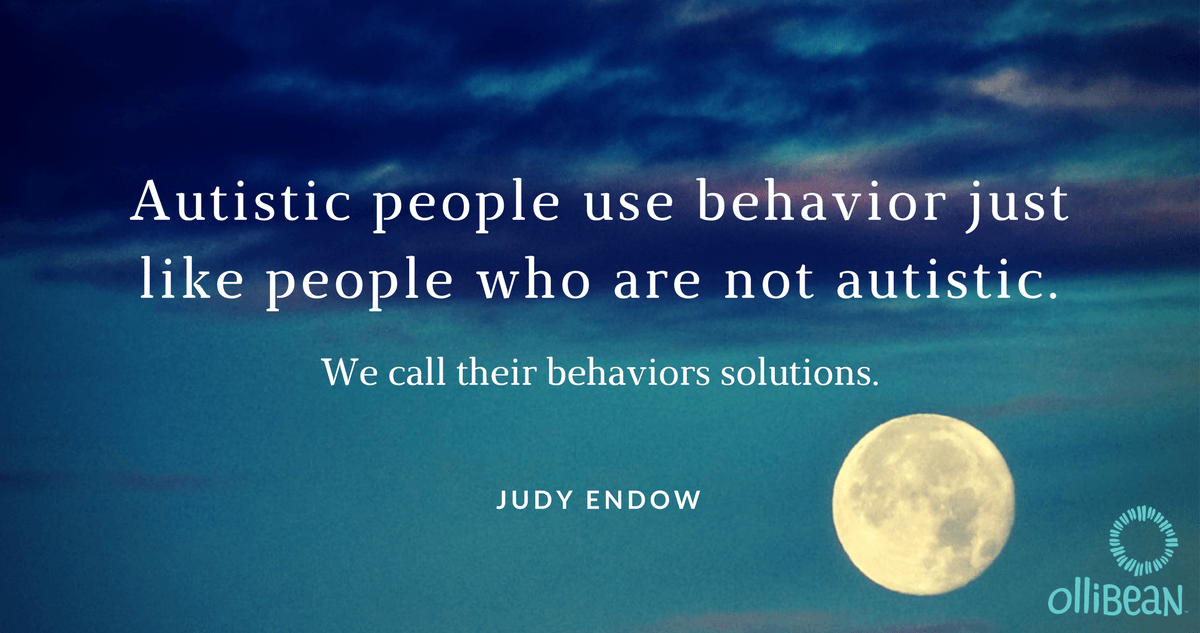 All people use behavior.

Autistic people use behavior just like people who are not autistic. Basically, when a problem is encountered, people behave in a way so as to fix the problem. We all do this, whether we are autistic or lack autism! However, we live in a majority-is-the-norm society. This means that the behavior most individuals employ to solve day-to-day problems is considered the norm. We call their behaviors solutions.

Just like everybody else, when autistics come up against a problem, we employ a solution to remedy that problem. Our behavior, even though it is a solution, it is called “a behavior” meaning it is bad behavior. This is how it often works out that those around us want to fix what they have defined as the “problem behavior.”

This is one reason I have never ending employment as an autism consultant to school districts. It is my job to sort this out for staff in a way that makes sense and helps them move beyond the difficulties they experience with autistic students. I find once teachers understand autism neurology they are able to join with their students finding viable alternatives that work in the classroom environment. Here is a familiar example I run into quite often:

Scenario as Reported by Teacher: “My student with autism simply refuses to do any school work. Every time I request he do some work he simply says, “no” and won’t do it. When I persist, encouraging him to try, he just gets up and runs out of the room. If I try to stop him from leaving he hits me, screams and throws things, often destroying the room. What should I do?”

Shift from perceiving behavior as defiant.

Solution Based on Autism Neurology:  The solution for this school team was two-fold. First, until the presenting difficulty of doing schoolwork is remedied, this student will be given a way to leave the room when he needs to leave so that we do not trigger a survival fight. Because this student loves maps, a story about following the map when needing to leave the room was presented with the map embedded right in the story. I suggested pairing leaving the room practice with the story as many times as needed. After all, we want him to leave and go to the designated safe spot rather than triggering a survival fight.

Then, we needed to get the student on the road to doing schoolwork. The team had been quite stuck in trying to solve the stated problem of refusing to do work and, if pressed, leaving or trashing the room to avoid doing schoolwork. Now the team shifted from managing oppositional defiant behavior of refusal and avoidance to solving for autism neurology. It was so much easier to solve for unexpected surprise and unclear expectations as evidenced by the list of supports they brainstormed! (This list includes using interactive visual schedule, priming, use of visual timer, and using reinforcement.)

Conclusion: It makes sense that when you see behavior in others you assign meaning according to what it would mean were you engaged in that behavior. This strategy serves most teachers well as they share the same underlying neurology as most of their students. However, when working with autistic people remember the neurology imposes a different operating system. Strive to understand it. The more you understand the less often you will become stuck. Besides being kind and being the right thing to do, it is far more expedient to support autistic neurology than it is to assume negative character and ill intentions about your student with autism when he is struggling. 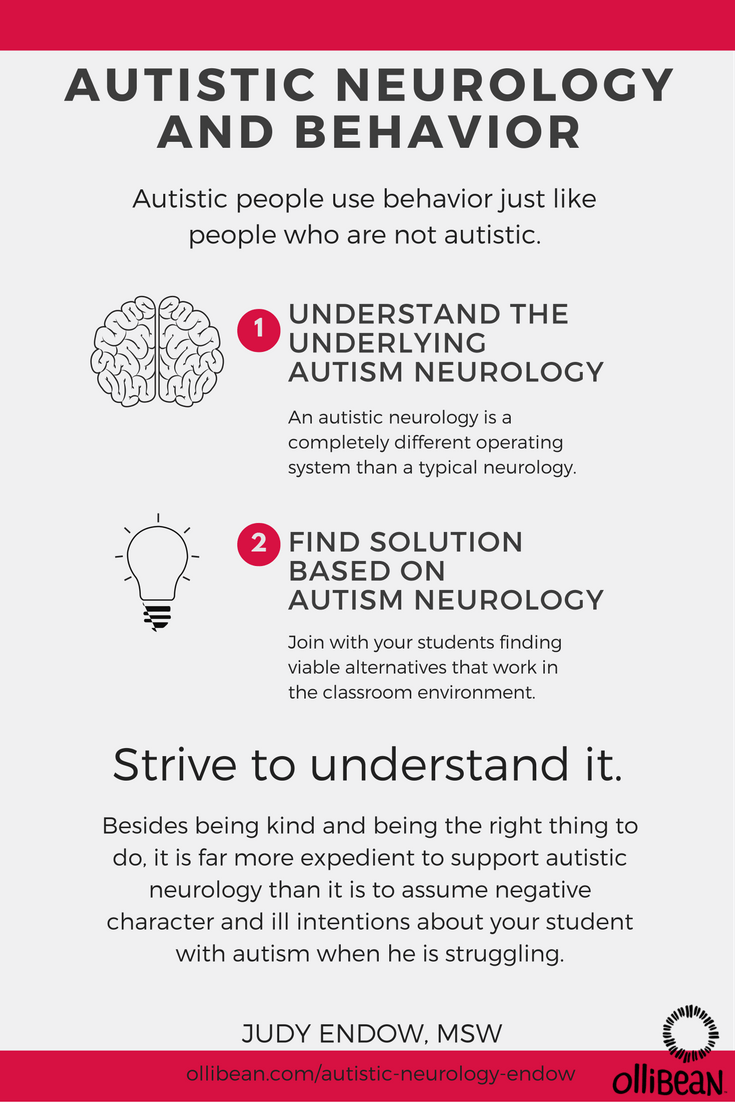