IT IS WRONG TO MURDER YOUR AUTISTIC CHILD 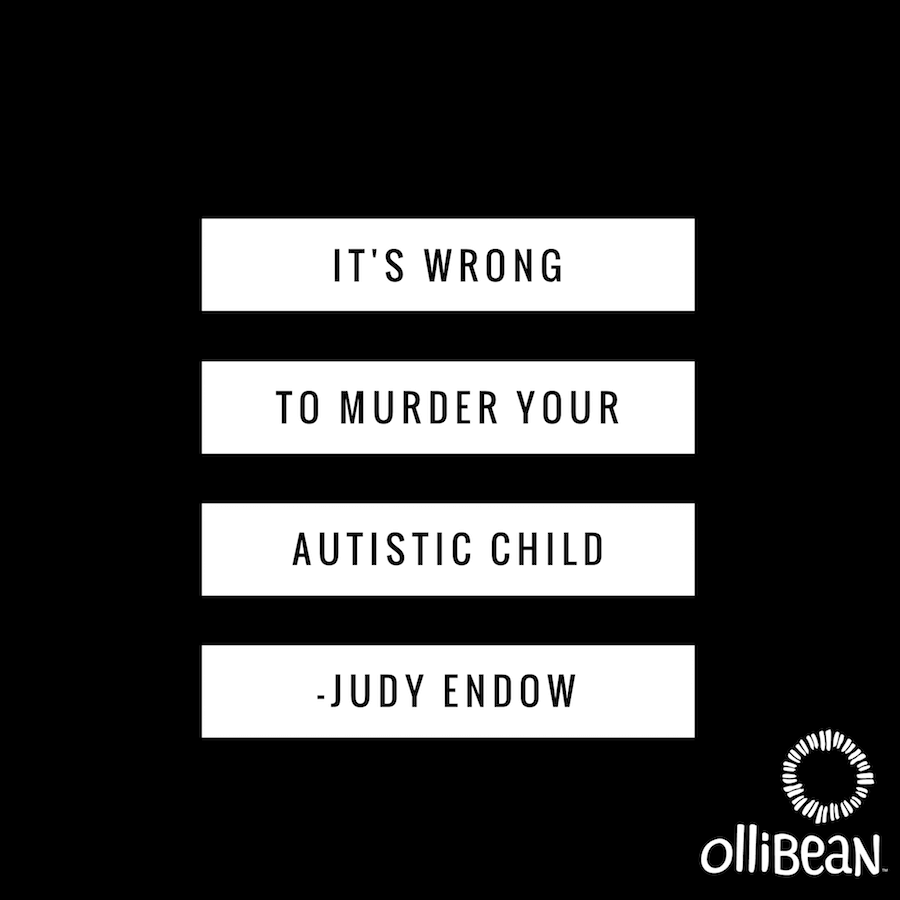 I know how it feels to be the victim, the mother, the caregiver and the social worker. And I know this: IT IS WRONG TO MURDER YOUR AUTISTIC CHILD. Belcher says Issy may have suffered permanent brain damage from the carbon monoxide poisoning. Issy’s mother was also found in the van and though unconscious when found, is expected to make a full recovery and is expected to be arraigned yet this week in 85th District Court.

The above story is what I constructed by merely pulling from the original story. It is horrifying. Any person who attempts to murder a 14-year-old sparks in us an outrage, as it should. It is not uncommon for people to read this and say, “I hope that murderer never gets out of prison!” or even, “Prison is too good for her!”

I shared Issy’s story above rather than her mother’s story. The news media shares Issy’s mother’s story as if the story is about Issy’s mother and not about Issy. That is because Issy is autistic. For some reason, in our warped culture, being autistic somehow means you don’t count – you are not considered human being enough to count even after someone tries to murder you! In fact, you will likely not even be part of the story after the first few sentences.

The story becomes one of excuses for the mother or care giver who attempts to or actually succeeds in murdering the autistic. At our core, as a society, we hold the belief that a disabled person is better off dead.

It’s Wrong to Sympathize with the Murderer

We don’t actually talk about this belief, but it is what is underneath when so many can read the story and agree with and sympathize with the murderer. In no other murder scenario do we do this – sympathize with the murder and blame lack of services. Disabled people are construed as a burden to their families and are even thought to be the fault of their own murders! Sympathy starts pouring in for the poor murderer who had no choice and who, in fact, did what any one else would be driven to do under the same circumstances is what we are told by reporters.

There are ever so many things wrong with this story line we see repeated about the “unfortunate tragedy” due to the “lack of services” for the family of an autistic person, while writing out the actual autistic person who was in fact murdered or had an attempt of murder carried out against her.

Here are some facts the news reports do not tell us:

1. Autistic people are human beings. Human beings do not
deserve to be murdered. PERIOD. NO ifs, ands or buts.

3. Autistic people do NOT cause their caregivers to murder them.

4. Lack of services is not a reason for murder.

5. If you are a parent or caregiver and feel the only way out is to murder your
child you are in crisis. Call a crisis line. Your child may be removed from your
care temporarily. Foster care isn’t great, but it will keep your child alive while
your crisis state can be addressed.

I know by writing this I will have many parents of autistic children jump all over me saying all the usual things they say. So, I will tell you a bit about me ahead of time.

I was “severe” enough as a child to be institutionalized. As a teen I lived in two foster care arrangements that were not appropriate for an autistic teen. One was a group home for mentally retarded adults (that word was not a bad word at the time) even though I was neither mentally retarded or an adult. The other was a group home for delinquent teens; I was a teen, but not delinquent.

It took me a long time to grow up, but I did grow up. Today I have 3 grown sons, one of whom is on the autism spectrum. I was told my autistic son exhausted all the services when he was a teen, including the state mental institution after which he was returned home to my care. At times I feared for my life. I feared for the lives of my other children. I was only told my son had failed all the services my county had to offer and that I should call the police when he became violent.

I foster parented a severely autistic teen for a short time. I went to college. I got a master’s degree in social work. I worked in clinical settings. Eventually, I limited my practice to autism. Today I have my own business. I am an author, consultant, artist and international speaker on autism topics.

I write all this about myself because, nearing retirement, I have experienced all sides of this many-faceted story. I know how it feels to be the victim, the mother, the caregiver and the social worker. I understand foster care from the angle of the kid in the system, the foster parent and the social worker. And I can tell you that at the end of the day no matter how I look it I know this:

IT IS WRONG TO MURDER YOUR AUTISTIC CHILD.

If murder is looking like a solution to you it means you are near the breaking point and need help. Call your local crisis center and say these words, “I am thinking about murdering my autistic child and here is how I would do it.” Then tell them your plan. If you do not have a local crisis hot line go to the nearest hospital emergency room and say the same words. It is not a perfect solution. It is a crisis solution, but will ensure you get someone to help you in the moment because murder is not a solution to your problem.

To see the full story that excuses the attempted murder and in fact writes Issy out of the story part way through here is the link:
http://m.record-eagle.com/TRE/db_/contentdetail.htm?contentguid=uP8D2ONu&full=true#display